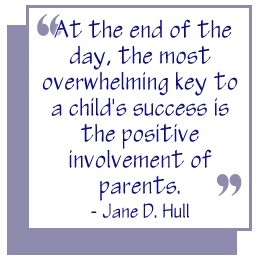 As teachers (and parents), we understand that parent involvement in a child’s learning is a positive thing. Parental engagement in a child’s education is more likely to see a positive attitude develop towards school and for the child to see learning as a worthwhile activity. Studies show there are numerous benefits linked to the high engagement of parents in their child’s learning. Professor John Hattie’s research strongly links parental engagement with greater learning outcomes including staying in school longer, higher achievement levels and aspirations. A recent study by Bristol and Harvard Universities of 16000 students showed weekly texts with dates of upcoming tests, warnings about missed homework and “conversation prompts” encouraging parents to chat with their child increased results in maths and decreased absence levels.

Despite these benefits, schools often struggle to engage parents in the day to day learning that occurs in the classroom. One study by the British Educational Communications and Technology Agency (BECTA) showed a disconnect between a large percentage of parents and their child’s classroom and learning.

Traditional methods of communication do not provide regular updates about a child’s learning or what is happening in the classroom. Most schools provide two detailed reports per year and supplement this with parent-teacher interviews, less detailed written reports and/or take home portfolios of student learning. While these are important their infrequent nature means that parents often have very little or no information about what their child’s class is doing or how their child is progressing until the end of a term or semester. If the evidence says that engaging parents has a positive impact then how do we better engage parents in their child’s learning?

I think that there are two distinct types of sharing that a teacher can do.

To help provide a real example of how parent engagement can work in a classroom I want to share Kelly’s attempts to engage with her Reception Year 1 parents.

Kelly has used (and continues to use) a variety of methods to communicate with parents including traditional portfolios (once per term), a take-home book for notes, updates, reminders etc and a Facebook group. All have provided various levels of engagement for parents but have not achieved Kelly’s goal of providing an easy, timely way of addressing the two distinct types of sharing mentioned earlier. 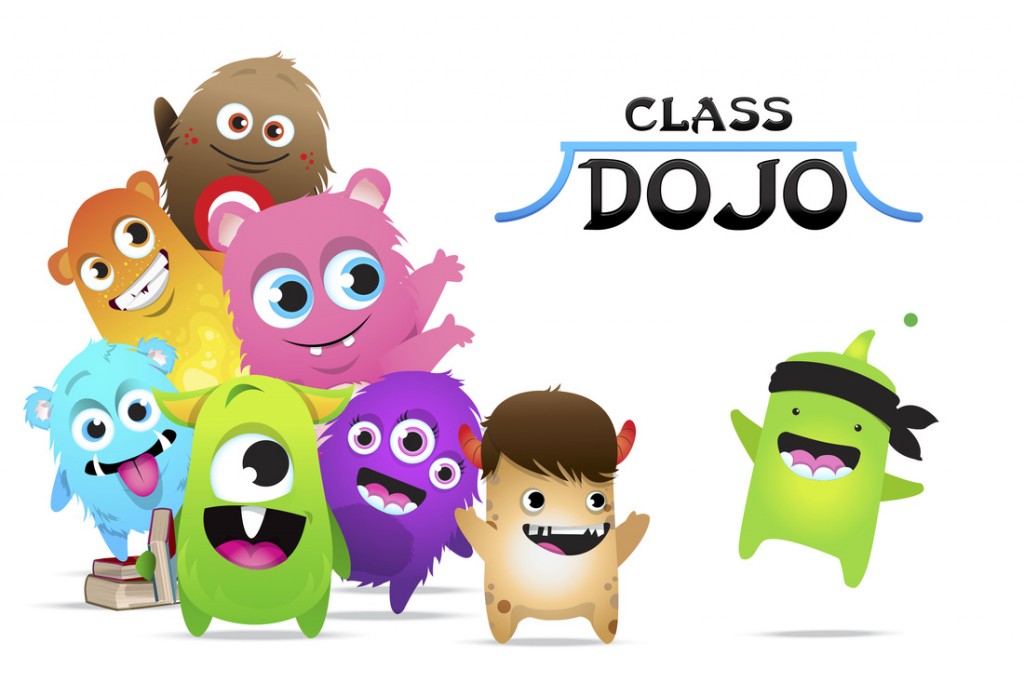 In the second half of term 2 Kelly began to trial the use of Class Dojo. Class Dojo can be used online or as an app on Apple and Android devices. It provides two main functions 1. a behaviour tracking tool and 2. a way of sharing with parents what is happening in the classroom. Kelly has chosen not to use the behaviour tracking tool but is trialling the use of the classroom story aspect of the app that allows information to be shared with parents.

Kelly has started by using the app to show what is happening on a week to week basis in her classroom. To do this Kelly created her own account, generated parent codes, sent a letter home informing parents of Class Dojo and provided parents with a unique code that allowed them to join Kelly’s class timeline. 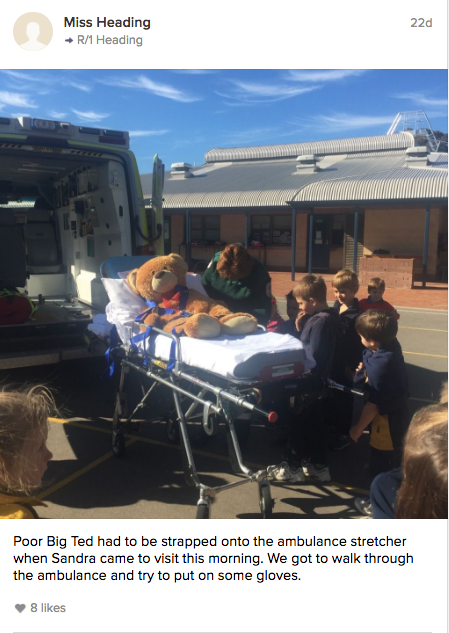 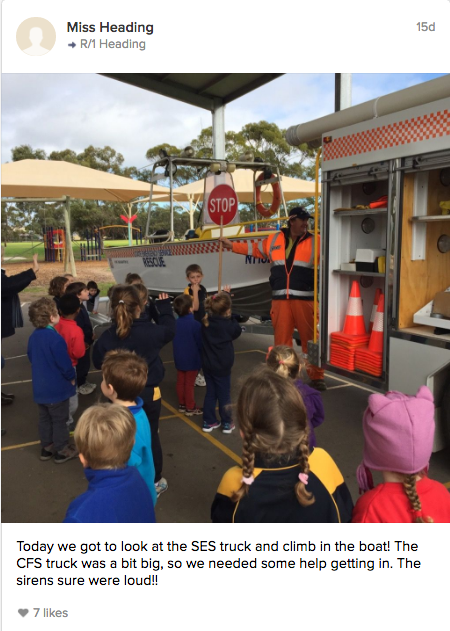 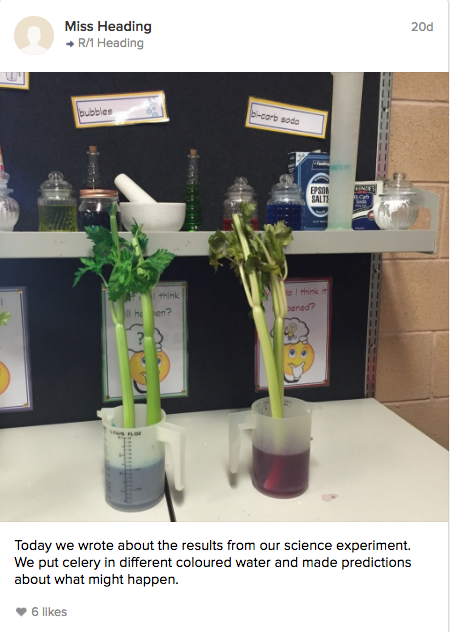 The app also allows private messaging between teacher and parent. This allows Kelly to share a message or photos of a child’s learning directly to their parents. It also allows parents to communicate with Kelly. 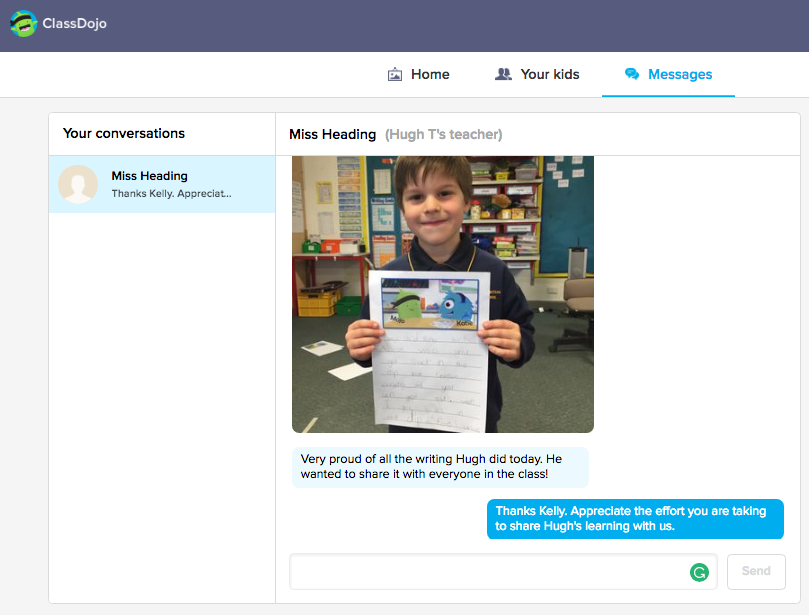 Kelly has agreed to further share her experience using Class Dojo at a staff meeting later this term. This will give us a chance to ask Kelly questions and hear about her success and failures engaging parents in their child’s learning.

ACARA has recently released work sample portfolios for the Arts, Technologies and HPE. The release of these work samples coincides with the development of a new resource page on the Australian Curriculum website. This page allows teachers to access these samples in a much more interactive and useful way than the original downloadable PDFs released with the English, science, maths and history curriculums. This new resource page is called Australian Curriculum: Work Samples.

The new work samples page is limited to Visual Arts (F-6), Design Technologies (F-6), Digital Technologies (F-6) and Health and Physical Education (F-6). Any portfolios for subjects published prior to 2016 (English, maths, science and history) can be found as PDF documents below the year level achievement standards in each learning area.

The new page provides a more interactive way of engaging with work samples including video examples of student work. Improvements of this new system include: 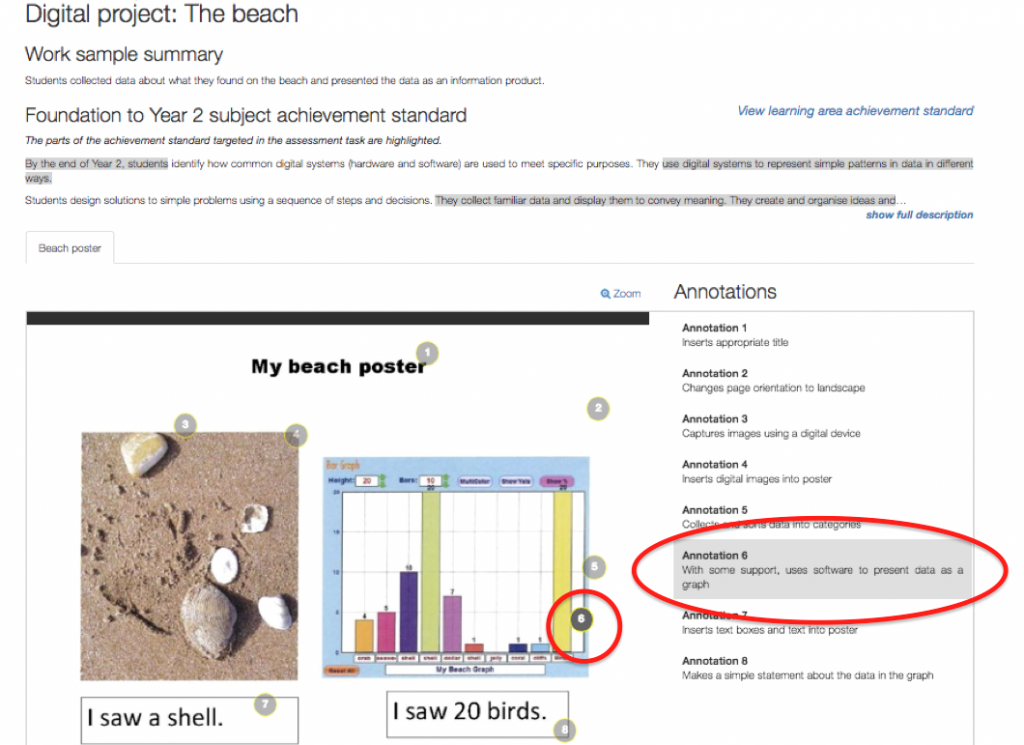 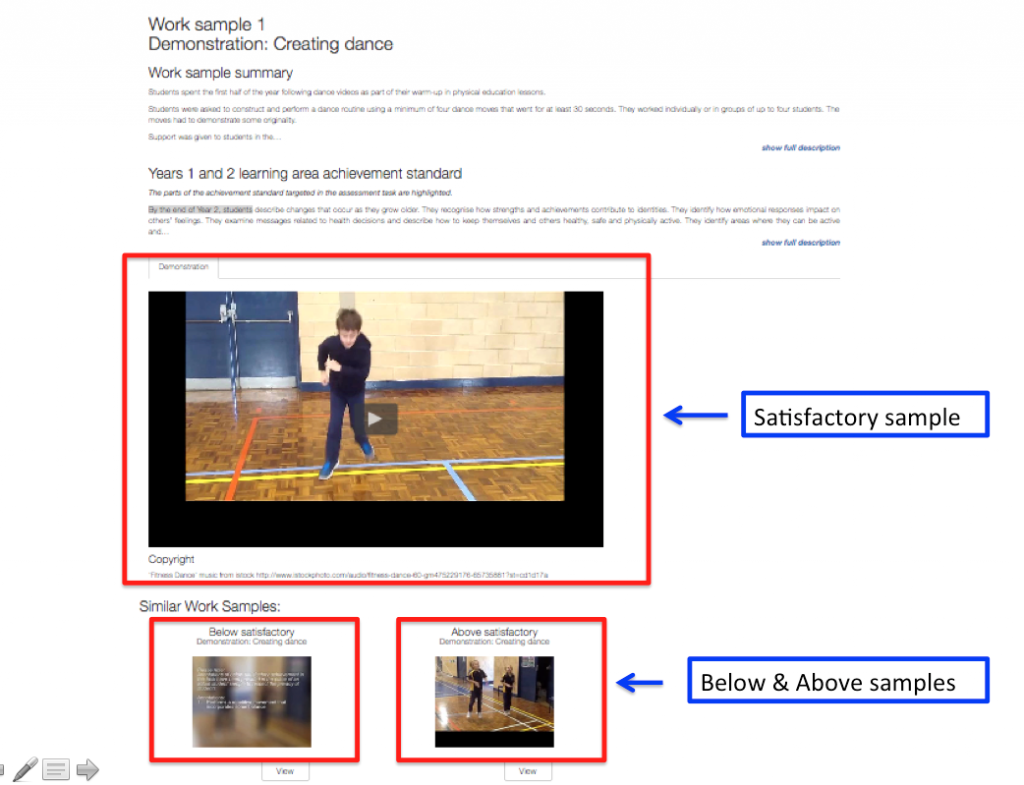 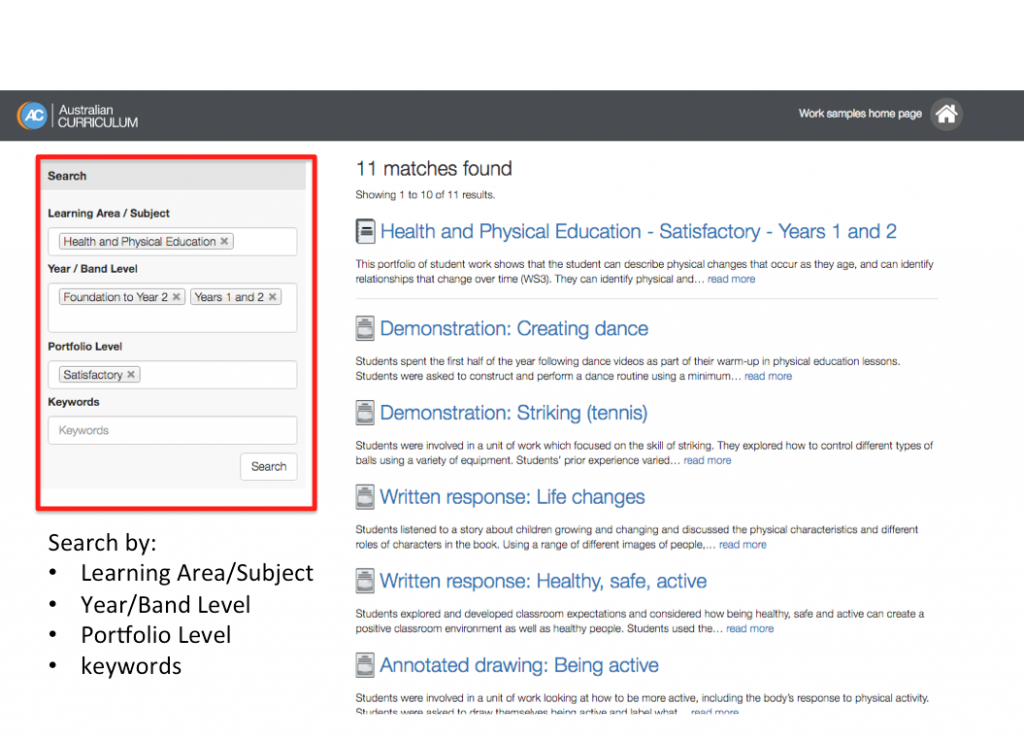 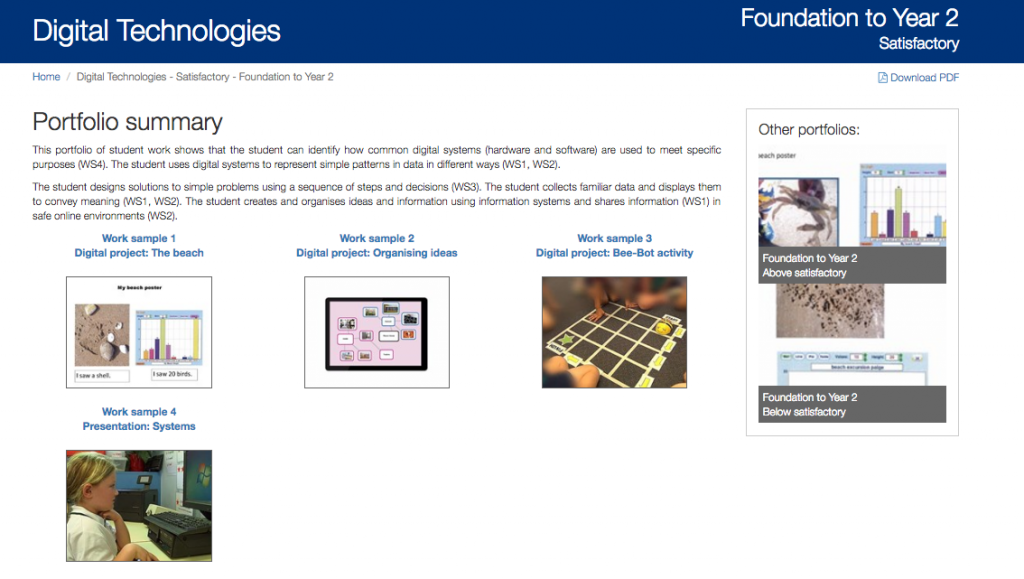 In the coming months work samples for HPE 7-10 will be added while the Arts – Dance, Drama, Media and Music F-6 will also be available soon. I have not been able to find any information relating to the Arts and Technologies 7-10 and when these portfolios will be available.